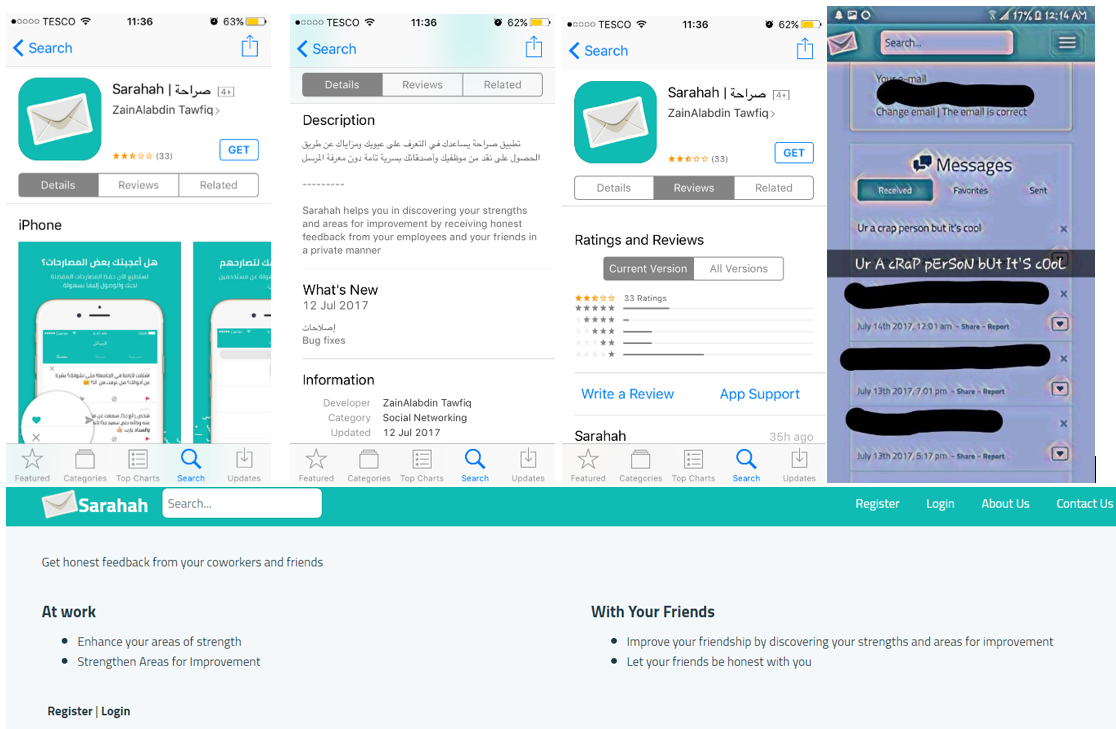 What is it?
Sarahah.com is a free app that syncs up to Snapchat and other social media.  It allows people to anonymously share things online they probably would never share face to face.  All you need are some basic personal details and you are free to use the un-monitored platform as you wish.
Sarahah came out originally in February earlier this year in the Middle East and was incredibly popular there and Northern parts of Africa. From there it grew into a more global App, and has now even become an increasingly popular app for both Northern America and European companies.
It originated from an Arabic website but has now been fully translated into English and has been developed into an app so it can link to all forms of Social Media.  Users are currently using Snapchat to post their Sarahah pages in their Snapchat story and encourage people to anonymously roast (Slate, verbally bash a person) or compliment them.  These anonymous messages can then put up the anonymous messages up on Snapchat and react/show others what they received from said anonymous people. 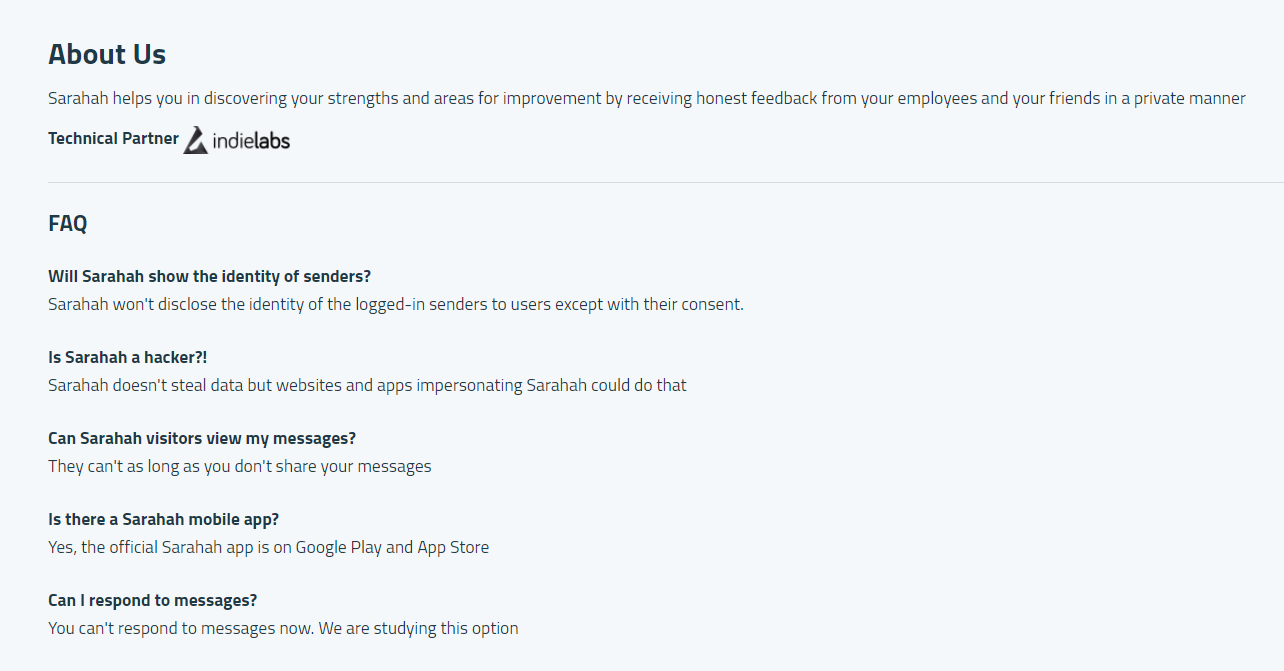 Who uses it and why?
Sarahah is popular with younger teens even though the app is recommended for age 17+ according to the App Store.  This app is popular probably due to its anonymity.  Some people online like the idea of being able to write an anonymous post to get out any pent up frustration towards a person or to critique a person they don’t get along with.
The App was originally developed a business tool and was intended for people to talk to their boss or give their bosses anonymous feedback on how they feel things are going within a working environment and give constructive criticism
How is it used now?
In essence, Sarahah is used as an anonymous way of telling people, be them colleagues, friends or family, what you really think about them without any means or way (unless you give a specific indication it’s you) of identification.
As with most social networking it is open to abuse and misuse.  This app enables people online to bully others and has the capacity to facilitate grooming online.
Why is it used?
Much like 4Chan, Reddit or YouTube it is a way for people to have anonymity if they want to. Something about a life without names or faces online can attract difficult and cruel people who would attack or compliment people with the page and remain anonymous without facing repercussions. If a person were to ask for compliments, they might use Sarahah as a way to get those compliments but with the risk of them getting attacked or roasted.
Similar things to this?
Ask.FM was a popular app back in 2013 and many people used it as a form of speaking to random people online and asking them random questions for a small laughter with friends, it became popular in the very early months of 2015 and since then, like many apps of this kind, has dwindled in popularity.
Yik-Yak is still a popular app that allows people to post things anonymously and other people within that area to see it. You can also search up a certain place and see the ‘Yaks’ that come from it, this too has the capacity to be aimed towards a certain person, people or company as a form of online bullying.
Reducing the risk of inappropriate contact:

News articles from within this month:

Any cookies that may not be particularly necessary for the website to function and is used specifically to collect user personal data via analytics, ads, other embedded contents are termed as non-necessary cookies. It is mandatory to procure user consent prior to running these cookies on your website.